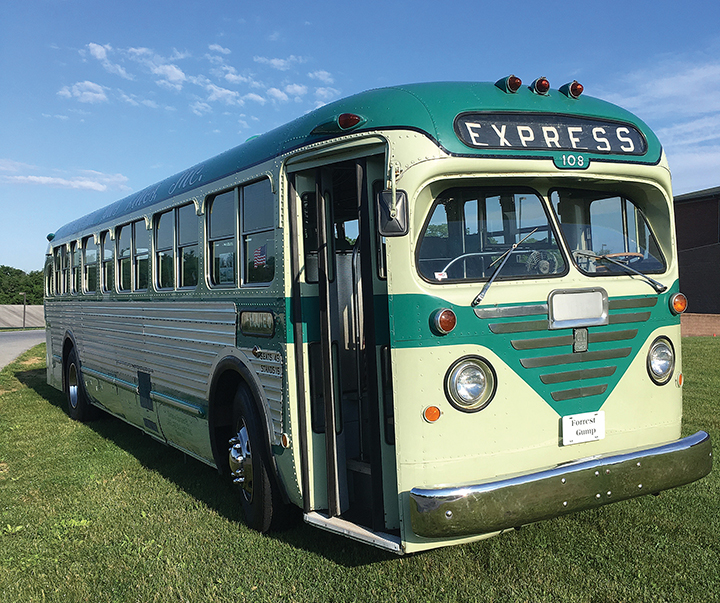 The bus museum exhibits buses in the AACAM, and according to John Oakman, the MOBT president, “We’re proud of the fact that the AACA Museum is a nationally respected institution, and that they want us to join them. Their logo has long had ‘Buses’ on it and they’ve come to value the people that our display attracts. We expect that their prestige, along with that of the Smithsonian Institution, will attract donations of additional historic buses and general support from within the industry and the public for this new partnership.”

Founded in 1994 the MOBT began renting exhibit space at the AACAM in 2003. They currently have a fleet of 40 historic buses, ranging from a 1908 White to a 2009 battery-powered Proterra. Many are currently stored at an annex, but the plan is to eventually have them all available to the public during the AACAM’s extensive hours. MOBT’s membership voted overwhelmingly to merge, and at their recent meeting the Board of Directors named bus industry veterans John Oakman, David Schmidt and Randy Wilcox to the committee that will represent bus history interests.

Between them, they have more than 130 years’ experience in the bus industry. In addition, John Oakman and John Dockendorf have been elected to the AACA Museum’s Board of Directors.

Oakman pointed out that the MOBT has a talented group of volunteers who have done a great job of preserving bus history.

“We hope to keep them, and with the added stability afforded by joining with AACAM, we want to represent the bus industry on a national stage where it belongs, and educate the public about its remarkable contributions,” he said. “The AACA Museum and a lot of other Hershey attractions are already popular, but we are hoping that charter and tour operators will make us a favorite destination.”