Home»Channels»International»Busworld from Russia with love 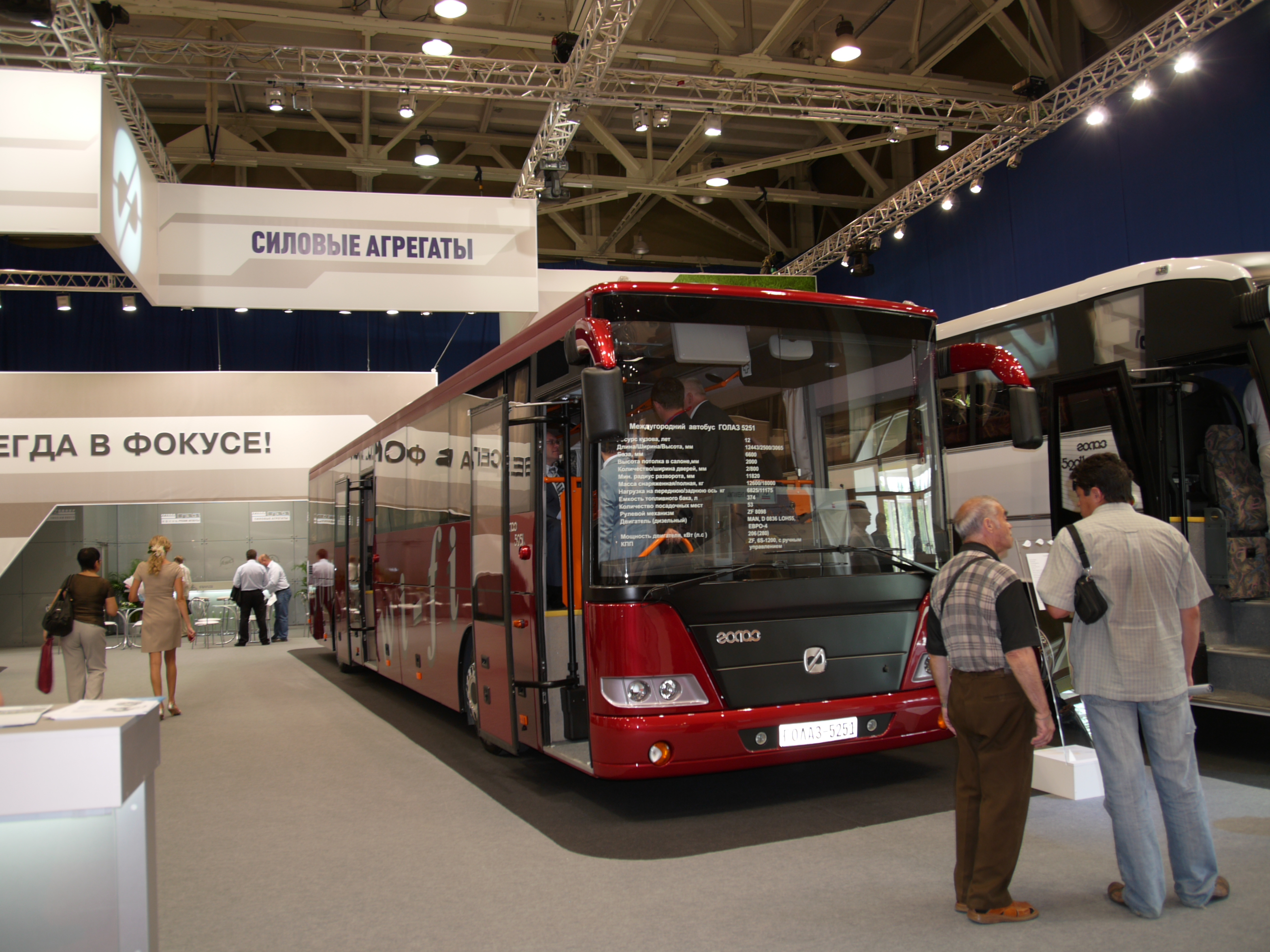 Busworld is best known for its exhibitions, held every two years in the small Belgian city of Kortrijk. A few years ago the management decided to take the same successful formula to other parts of the world, including Shanghai, Mumbai and Istanbul.

Busworld looked at exhibition facilities in Moscow. Though very expensive, particularly for large products such as vehicles, it did find a willing partner in Russia’s fourth largest city, Nizhniy Novgorod. The city staged Busworld Russia in three halls of an exhibition center adjacent to a splendid palace on the banks of the Oka River.

Previously known as Gorky and closed to visitors, Nizhniy Novgorod lies about 250 miles east of Moscow and is headquarters for the GAZ Group, the largest automotive manufacturer in Russia. Russian Buses is one of its wholly owned subsidiaries and features four main brands.

It has been seven years since I was last in Russia and the first impression was of the vast increase in the number of high quality cars and four-wheel drive multi-purpose vehicles.

At the beginning of this year the authorities reckoned that there were 896,000 buses and coaches of all sizes in circulation. Of those around 234,000 were up to five years old and a further 252,000 were between five and 10 years old. The remaining 410,000 vehicles were more than 10 years old and still represented more than 45 percent of the buses in use.

Russia protects its domestic bus manufacturing industry by import duties of around 30 percent on fully built up buses and coaches. Vehicles from Turkey attract a 25 percent duty because of bilateral trade agreements between the two counties. Despite these duties, I saw quite a number of Chinese and Korean coaches on the streets. Several of these manufacturers also exhibited at Busworld Russia.

One of the largest problems for the Russian manufacturing industry is the lack of component suppliers. Russian plants make engines, gearboxes and axles, but many of the smaller components for buses and coaches must come from manufacturers in their own plants. The larger cities are prepared to pay a higher price for imported engines from suppliers like Caterpillar and Cummins, as well as Deutz and MAN of Germany.

On most Russian buses the front leaf of the front door only opens to a corridor to the driver’s compartment. On this model a full height partition protects the driver while passengers use both leaves. The interior is well finished with bright orange curved hand poles and comfortable seats.

Outside the hall LiAZ also displayed a -62137X full low floor articulated bus powered by a Cummins CNG engine mounted offset and in line in the trailer section. The turntable unit is by Hübner of Germany.

An interesting feature of this vehicle is the use of translucent curtains between the two sections that lets light into an area often quite dark on articulated buses.

Based in Pavlovo near Nizhniy Novgorod, the Pavlovo Avto Zavod (PAZ) is the second member of Russian Buses. Its plant can build more than 10,000 23- to 36-foot medium size buses per year. There are literally hundreds of these buses running regular service in Nizhniy Novgorod on suburban routes with others in rural areas doing school and factory transport. The buses feature high floors, front mounted engines and manual gearboxes.

The company exhibited a -3204 fitted out as a suburban coach but with no luggage lockers. This bus has single width doors behind each axle. PAZ also builds low entry midibuses.

GolAZ, the third member of Russian Buses, began 20 years ago at a factory at Golitsyno outside Moscow using Mercede-Benz technology. The plant is vast and has never reached anywhere near its capacity. Nowadays it makes interurban models and coach bodies based on LiAZ structures and some on chassis supplied by Scania from Sweden.

GolAZ showed two vehicles. The -5251 is a 41-foot interurban coach built on two axles and powered by a MAN engine coupled to a new ZF synchromesh gearbox. There is a single width door ahead of each axle, with well-positioned handrails. The seats are covered in a dark patterned moquette, which must look rather gloomy on a dark night. However, they are comfortable, and the interior trim was well finished. Standards are definitely improving in Russia.

The company also showed a higher cruise luxury coach mounted on a Scania chassis. The same structure also comes in an integral form with Mercedes-Benz engines.

The fourth Russian Bus was not on the floor. Located in Kurgan in Western Siberia, The KaVZ range includes school buses and very rugged vehicles capable of handling conditions in far north Russia.

The largest Russian truck manufacturer is KamAZ, of which Daimler now owns 11 percent. Its bus manufacturing subsidiary based in Neftekamsk builds its own range of city, suburban and interurban buses. The company also has an agreement with the VDL Group in the Netherlands that has supplied buses and coaches in kit form for several years, thereby avoiding import duties.

NefAZ occupied the whole of one of the smaller halls. The joint products with VDL include an articulated city bus with a DAF (Paccar) engine mounted vertically and offset in the front section that drives the second axle. A representative said that drivers preferred this layout, especially in winter conditions, because it gives better traction. Russia is specifying low entry and full low floor buses in its main cities. MAZ is located in Minsk, the capital of neighboring Belarus, which has a free trade agreement with Russia. MAZ only started building buses about 15 years ago, after the German Government gave it a grant to acquire technology from Neoplan. It now has an extensive range of low floor and low entry vehicles, up to 50-foot rigid and 60-foot articulated. Around 150 MAZ buses were running in Nizhniy Novgorod. MAZ displayed a -206 low entry midibus with a Euro 5 engine and a full low floor articulated city bus with a CNG engine. Russia has abundant supplies of natural gas.

From Ukraine, Etalon Corporation is the new identity for the former BAZ which has a factory in Borispil near Kiev. It is best known for building small buses and coaches with front mounted engines. Some come from Tata in India and others from Chinese suppliers. Initial price is a very important consideration for many of their customers.

Etalon also showed a prototype low entry city bus designated A11110 in which a passenger in a wheelchair could obtain access by a second door ahead of the rear axle.

As Russia recovers from the global economic crisis public sector organizations are starting to reinvest and buy buses. This attracted a number of importers to Busworld Russia.

Otokar came from Turkey with mid-size buses and coaches. The factory builds to military standards of quality, and that was apparent in the fit and finish of the vehicles on display. Karsan of Turkey specialises in minibuses, one of which had a front mounted engine and a low floor just one step above ground. Daewoo represented Korea with two minibuses and a larger midibus all built to simple specifications. Yutong came from China with a coach and a neat little midibus.